Happy New Year! Each year, people all over the world participate in different New Year’s food traditions that are believed to bring them good luck in the coming year.

Eating black-eyed peas on New Year’s Day is a longtime tradition that is thought to bring good luck. There are many theories surrounding why they are associated with luck. One of these theories is rooted in African-American history, and claims that newly freed slaves ate dishes made with black-eyed peas to celebrate the January 1863 Emancipation, as this was one of the foods made available to the slaves. Celebrate this tradition with our Ham Hocks and Black Eyed Peas recipe.

Another common New Year’s food tradition is pork. This tradition originates from the behavior of a pig. While chickens and turkeys scratch backwards, a pig buries its snout in the ground, and moves forward. This is meant to symbolize moving ahead into the new year, and improving our lives, rather than focusing on the mistakes of the past. Eating pork on New Year’s Day is a tradition rooted in Germany and Eastern Europe, and brought to the United States.

Collard greens are also believed to bring good luck in the New Year. Their green color symbolizes money and prosperity. According to traditions rooted in the South, greens can be hung by the door to ward off evil spirits that may enter our lives.

Unlike the other traditions discussed so far, lentils are typically eaten on New Year’s Eve, after midnight, in mostly Italian households. The round shape of lentils is meant to symbolize prosperity because of their resemblance to coins. Lentils are often paired with pork, another New Year’s tradition, and sausages.

Meals that use fish are eaten all around the world to celebrate New Year’s Day, especially in countries closer to water. Specifically, in Scandinavian countries, herring is believed to bring in good fortune. Herring is a heavily traded product, and has brought much prosperity to these countries. Therefore, eating herring on New Year’s Day was a way to hope for good catches in the months to come. Herring’s migrational patterns are very unpredictable, making it very hard to expect a good year for catching herring.

While New Year’s Day is celebrated differently across cultures around the world, it is one that brings cultures together. Different cultures have different traditions, all rooted in similar ideas of good fortune and prosperity. Celebrate the New Year with some of our recipes! 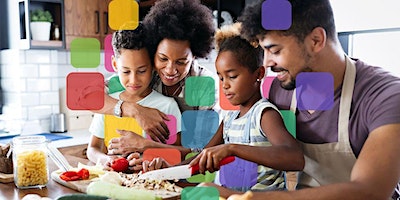