VP of Programs shares her journey from volunteer to nonprofit executive

The Common Threads team is made up of dedicated staff who are aligning their personal passions with their professional careers. In this interview, we’re showcasing Vice President of Programs Stephanie Folkens’ journey from volunteer to her current position as the leader of the Programs department for the organization. 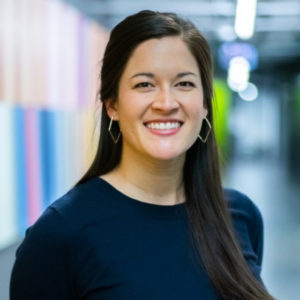 Stephanie Folkens’ love for cooking really blossomed while she was working as a math teacher at Project Chrysalis in Houston. While at the school, she started a cooking program for the students that she and the children absolutely loved. Her new-found love of culinary education led her to enroll in culinary school at Kendall College.

When searching for student volunteer opportunities, she channeled her two strongest passions, kids and culinary arts into the perfect fit opportunity: as a volunteer for Common Threads. Because of her can-do attitude, outgoing style and strong ties with the organization, she was offered a position as a program coordinator. This step was the first of many toward ultimately becoming vice president of programs, a position she holds today.

How did you become acquainted with Common Threads?
I was a middle school math teacher with Teach for America in Texas and I started a cooking program there and really enjoyed it. When I came back to Chicago, teaching kids how to cook was my life’s goal. I did a Google search and Common Threads came up, so I reached out to become a volunteer. It was the most hands-on of the programs similar to it at the time.

You started at the organization as a volunteer, what were your responsibilities, and what was this like?
I started as a cooking class volunteer in Chicago, working with the same five kids each week. I was helping them through the recipes, and I helped to set up and clean up the classes. 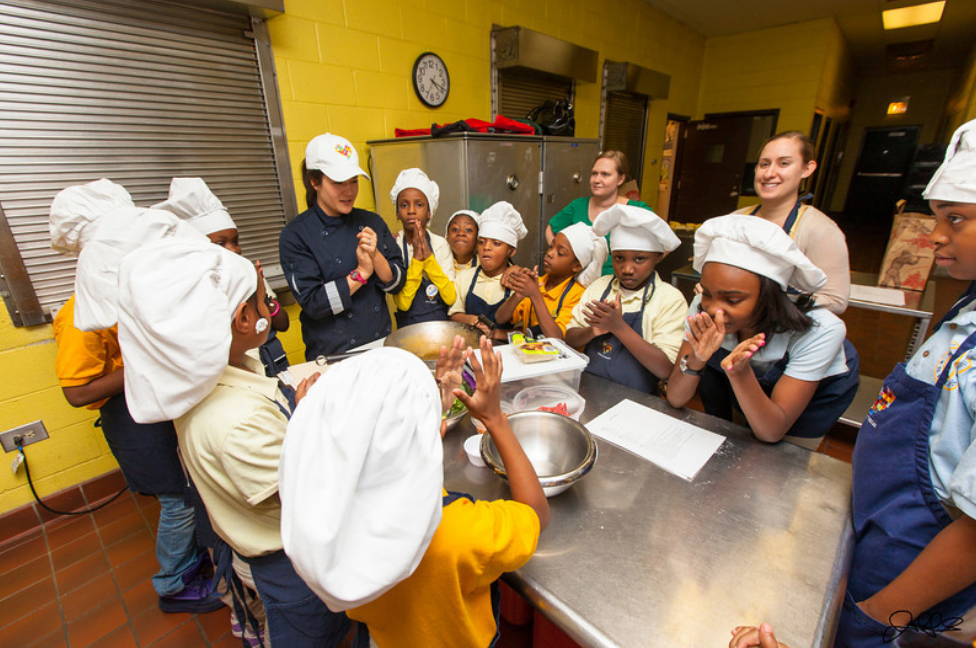 You’ve been part of the Common Threads family for many years. Tell me about your career progression with the organization.
I volunteered for 18 months while enrolled in culinary school at Kendall College, and I unashamedly just kept telling them how badly I wanted to work for them once I graduated. Toward the end of my schooling, near graduation, two different part-time roles within the organization opened up, a chef instructor , and a data program coordinator role. I applied for both jobs and got both. I split my time between both jobs and eventually became full-time program coordinator. Soon after, a full-time curriculum manager position opened up. I was offered, and I accepted, this position and worked that role from 2013-2016. At some point around January 2017, a director of programs role was created and I took on that role from 2017-2019. I received my current position as the vice president of programs little over a year ago, when my former manager left.

How did your initial role differ from your role now as a full time employee?
Initially I was focused specifically in Chicago on data entry, typing in survey results and scheduling. Now I have the opportunity to work in all our markets across a variety of areas in my current position as vice president of programs.

Was there something in particular that helped you successfully transition from a volunteer to a staff member?
The staff at the time really helped me. The culture has always been the staff who were so embracing and welcoming. I had a lot of positive interactions with the Common Threads staff as a volunteer and I think that being able to build those relationships with staff as a volunteer was extremely helpful.

What has been the most memorable experience you have had as a staff member or as a volunteer?
There have been so many, but the most memorable and impactful experience was being a chef instructor at Bradwell Elementary. When you are a chef instructor you feel like a teacher, all the kids know you and say hi and are excited to see you. It makes you feel like you are making an impact and a difference 100 percent of the time. Professionally, the most memorable/impactful experience was watching the full cycle of a program. I got to watch the program grow from stages like development, to concept, to creation, to launch to revision. Watching things like Small Bites develop was very memorable.

If you could go back in time before you were employed here, would you do anything differently?
I don’t think so. I really like this field of nonprofit work. I have had experience with other things like consulting and marketing and I didn’t like it, and that is what drove me to nonprofit work. I did not like having only the bottom line to pursue.

What would you say is the most rewarding thing about working with this nonprofit organization?
Nonprofit organizations are businesses, but they are not ultimately defined by how much profit they make. It’s more about your impact and fidelity against your mission. I find that nonprofit work is more collaborative. We can work with many different partners and you’re able to build professional relationships and friendships with people outside of the organization, whereas private companies are a lot more internal.

What else would you share about your time at Common Threads?
The people at Common Threads have always been and still are really amazing. It was not something I really expected when I first started here. I love my colleagues and I think that those are the people that keep you in the organization when times get tough. I also would tell people that Common Threads is a company that is very open to change, and I like that in an organization we try new things and are very open to new ideas and I think that is a very important piece of what we do.