The Common Threads team is made up of dedicated staff who are aligning their personal passions with their professional careers. In this interview, we’re showcasing Associate Director of Programs James Bell’s journey from volunteer to his current position as a leader on the Programs team. 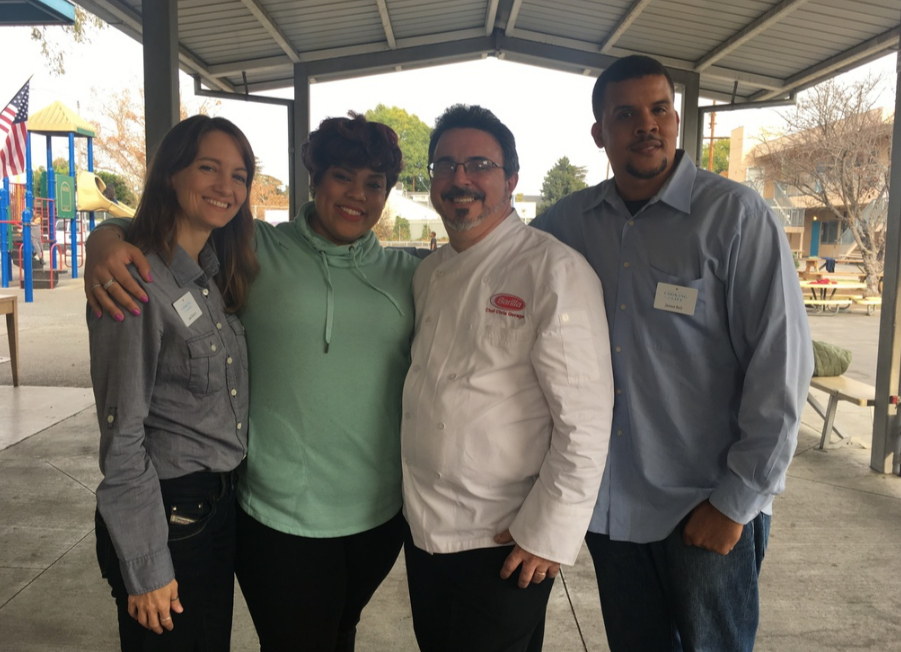 James Bell is very passionate about food and culture, so much so that he went to school for it and graduated with his master’s degree from Florida International University. After completing his studies and while job searching, he found Common Threads through a Google keyword search. Although the organization wasn’t hiring at the time, he felt so aligned with its mission that he decided to volunteer. His persistence paid off and today he is working full time in LA as the associate director of programs. Below, James shares his experiences with Common Threads and how much he enjoys seeing all of the organization’s efforts at work in the community.

How did you become acquainted with Common Threads?
Children have always been a really passionate part of what I do. When I was looking for a job, I typed in my three major passions: food, culture, and kids. When I looked up those keywords in my job search, Common Threads was the first thing that came up. It was a perfect match! Even though there were no jobs available, I really liked the mission of the program, so I decided to volunteer.

You started at the organization as a volunteer, what were your responsibilities, and what was this like?
At the time, I was volunteering in the cooking classes. My responsibilities were to supervise kids in cooking classes, typically working with five kids at a time. My focus was on making sure the kids were using the proper cooking techniques, ensuring that nobody got hurt, and acting as sous chef when needed. I volunteered first in Miami, then in my hometown of Los Angeles.

You’ve been part of the Common Threads family for many years. Tell me about your career progression with the organization.
I worked my way up to my current position, associate director of programs. After starting as a volunteer in Miami, I moved back to my hometown of LA and continued volunteering. A year after I started volunteering in LA, we lost both of our partners with Common Threads, and we were on hiatus for 6 months. I didn’t want to see the organization lose its footprint, so I decided to throw my hat in the ring so I talked to the senior program manager in Chicago. The organization was not looking to bring anyone new on at that time, but I made myself available. In January 2013, I got hired as a part-time program coordinator. In July of 2014, Common Threads was growing rapidly and I was promoted to full-time program manager. Eventually, I was promoted again to my current position in January of 2018, which is associate director of programs.

How did your initial role differ from your role now as a full time employee?
In certain ways, they’re the same, but my current position as associate director of programs differs from my first position as program coordinator because this one is more robust. Working as program coordinator, we only had two locations, and we did not have all these programs, like Small Bites, like we do now. From a programmatic standpoint, the idea and approach is the same regarding the building of the programs, but now it’s just a lot more. As a program coordinator, I did not have to make connections or find contacts like I do now. As a program manager, I had to build new relationships and simultaneously make sure that we reach certain data points and goals. In many ways, even though I am moving up the ladder and changing position titles, I still hold on to the responsibilities I had as a program coordinator and manager. As you move up, you collect more responsibility. My current position as associate director is a more large scale position that includes looking at the vision of what we, as an organization, want to do long term.

Was there something in particular that helped you successfully transition from a volunteer to a staff member?
Time and passion for the kids. The openness to communicate with my senior program manager in Chicago and having a vision and passion for what I wanted to do with the market. 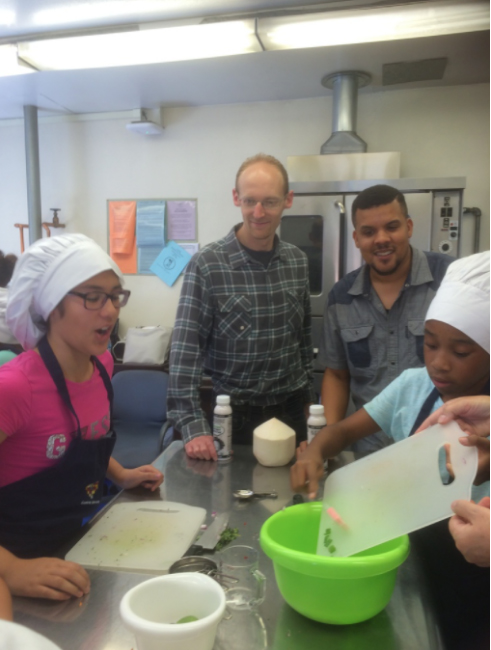 What do you enjoy about being part of the team at Common Threads?
The calls we get on, the fact that everyone is driven to do good work and to be part of a solution to a problem. I really enjoy the team. I am a people person so I really enjoy them, the passion, their intellectual ability, and conversation.

What has been the most memorable experience you have had as a staff member or as a volunteer?
Watching our footprint in LA grow. When I started, we had just lost two of our schools we were in. Our reach grew from 64 kids and parents in 2013, to now 20,000 students that we work with. We have district partners and high profile funders. Developing the LA market as a whole was one big project that I am very proud of.

What would you say is the most rewarding thing about working with this nonprofit organization?
Seeing the kids’ faces when doing something they love, watching programs evolve and launch, the personal fulfillment of it all. I also enjoy being able to bring different entities together to be able to work together and solve a problem.