Common Threads has invited individuals from its network to share their perspectives on recent events. In this blog, Chef Anita Lo from New York documents her thoughts on COVID-19, the Black Lives Matter movement, and how the restaurant industry is impacted by these events 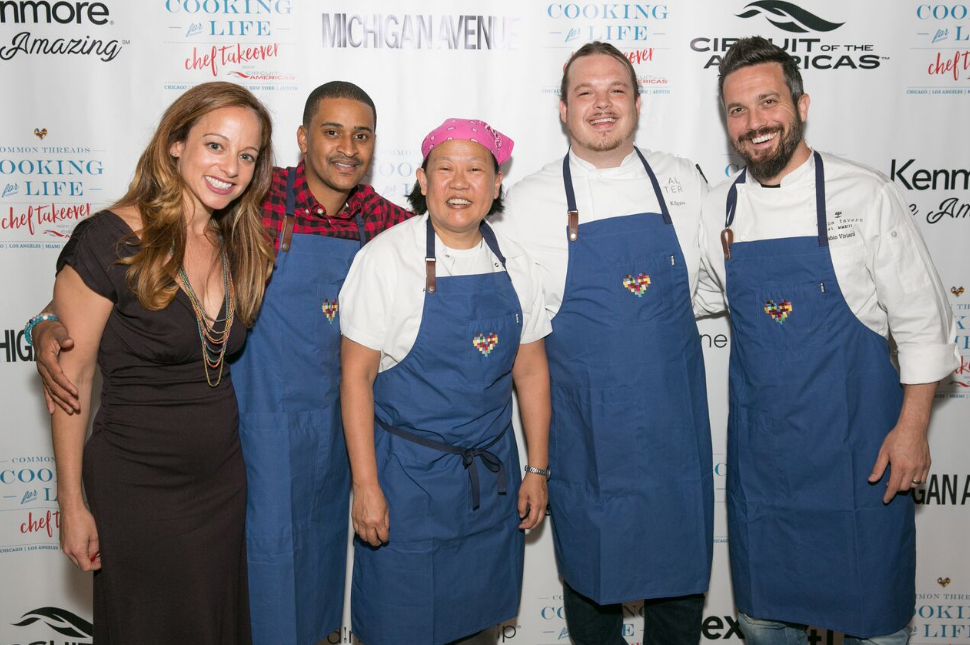 As I reflect on the events of the past few months, I feel a sense of urgency. Never in my lifetime has there been such an overwhelming need to feed people. Massive layoffs in the wake of COVID-19 have affected largely those who live hand to mouth—the laborers who make minimum wage or not much more. As a chef and former restaurateur, I especially think about those who don’t have access to unemployment benefits because of their immigration status such as many of the dishwashers and prep cooks in the restaurant industry. So I’ve tried to open my wallet a little wider to the various charities I support, and do what little I can to help.

Since the George Floyd killing, racial issues are finally being swept from under the carpet. The negative part of me thinks, where have you been all these years? The Rodney King beating happened some 30 years ago, not to mention slavery. And what of Japanese internment camps, the Chinese Exclusion Act, and the internment of migrants at our southern border today to name a few?

A reckoning is long overdue. As corporations, large and small have just begun to alter their names and internal policies to be more inclusive, one food charity stands out. Common Threads has been promoting multiculturalism and diversity through food since its beginnings in 2003.

And this ethos is not just theoretical. Common Threads is staffed by a rainbow of full time employees.

Food is identity. Too often kids are taunted as I was as a child, for having “exotic” fare in their lunchboxes. Indeed, food is a common denominator and can bring people together, but it can also divide. Unfortunately, poverty affects Black, Indigenous and People of Color (BIPOC) and immigrant communities in outsized proportions. Sometimes, food is the only way to connect with one’s heritage. Eating the food of one’s childhood is most often comforting and self-affirming. Common Threads doesn’t just feed people in need; it also strives to celebrate the various cultures that make up this country.

We are all born into this racist system. While the recent wave of support for Black Lives Matter confirms that change can happen in adulthood, it is easiest to start in early childhood. Food is culture. Opening children’s palates to other cuisines will hopefully open their minds to other people and promote acceptance and equality. Common Threads does just that. It shows us the positive side: If you are what you eat, then in food we find our common threads.